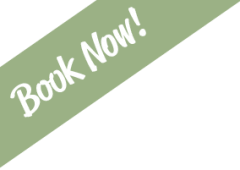 With an abundance of award-winning pubs and restaurants in the local area, we’re confident you’ll enjoy the opportunity to walk off some of the excesses of the night before. Fortunately, Herefordshire boasts nearly 2000 miles of public footpaths across some of the UK’s most spectacular scenery, And with the stunning Brecon Beacons close by, you’ll never need an excuse to pass on pudding throughout the course of your holiday with our list of great walks in Herefordshire!

With so many stunning places to go walking in and around Herefordshire it’s a walker (or mountain bikers) paradise. To take a stroll in the local Herefordshire countryside just step outside your door. Midland Farm is conveniently located near to the Welsh border, so if you fancy a climb up a mountain or exploring a little further afield on your glamping holiday its possible. 1. From the yurt or Shepherd’s hut retreat you turn right out of the gate at Midland Farm.
2. After ¼ mile turn first left up Kitty’s Lane which is a steep single track tarmac road.
3. At the top of Kitty’s Lane turn left through the green metal gate down the side of the Village Hall.
Great view out across the valley.
4. The footpath carries on down the side of two fields.. The path is well surfaced in the first field and becomes long grass in the second field.Keep the hedge on your rhs.
5. At the bottom of the second field turn left into a field, this time keeping the hedge on your left.
6. (If you get to the stream you have gone too far so retrace your steps back by approx. 100 m).
7. At the end of the hedge keep straight on, cross the next field by a well defined path.
8. At the end pf the field turn right keeping the hedge on your right.
9. Cross two styles and join back onto the road, turning left to get back to Midland Farm.

The Cat's Back Circular Walk

You can see the ridge of Crib-y-Garth – better known as the Cat’s Back – from Midland Farm, so no better place to take a stroll. If you don’t manage to walk anywhere else, try and fit this one in. It’s a real stunner.

This is a straightforward superbly scenic walk up the narrow ridge of Crib y Garth,then returning through a hidden valley. It’s a circular walk, taking about 2 to 3 hours. It is best to wear decent footwear as there are a couple of rocky sections on the descent, but nothing too testing.

The journey to the starting point is a great adventure in itself. By car from Midland Farm go over the river Wye at Bredwardine (see Swimming in the Wye) , then go to Dorstone, Peterchurch and head to towards Longtown. From Longtown, follow signs to Llanveynoe and then the “Picnic Place” signs to Black Hill. If you have a sat nav key in the postcode HR2 0NL to locate the starting point which is a small car park.

As you drive from LLanveynoe you will see this small turning on your right to the car park (see pic below): From the parking area, an obvious path heads straight up the steep slopes that mark the start of the Cats Back. The route is obvious throughout this section.

The path continues across a heathery plateau to reach the trig point which marks the top of the Black Hill. Continue along the path which skirts to the left of the dewponds, until you reach another path coming in from the large valley to the left.

Follow the path into the narrow valley, passing the ruins of a shepherd’s shelter on the right and starting to descend more steeply. You get a good view of your onward path along the left side of the valley. The path becomes rocky for a short section before easing onto the gentle slopes beyond.

Continue along the main track, eventually walking alongside a fence with a waterfall to your right. The track enters a wooded section, then ends at a lane. Turn left, and follow the lane through the Olchon Valley. After about 2 kms, you reach the lane leading back to the car parking area. Turn left, and follow this to reach your car. See the ordinance survey map on the next page. We also have the full-sized map available. Hay Bluff is near Hay-on-Wye and offers easy access by car to some spectacular scenery. Good for kids as the car takes some of the strain,and of course Hay is on your doorstep for lunch.

Directions:
Turn left out of Midland Farm and follow the road up to Kinnersley church. At the T junction turn left onto the A 4112 and follow the signs to Hay on Wye (approx. 12 miles). As you approach Hay on the A438 you will go over the big bridge that crosses the river Wye. At the end of the bridge turn right.
Keep straight on and as you pass through the town you will see The Swan Hotel (see pic below) on your r/h side. Keep going straight past the Swan.

Just a few hundred yards past the Swan Hotel is a turning on your left signposted to Capel y Ffin. This takes you through an industrial Park, but keep the faith – it then becomes a single track road.
Keep to the right at the fork in the road, see pic below (sign posted to Capel y- Ffin again). This will take you up to the bottom of Hay Bluff where you can park.

Just so you know, if you were to take the left fork it takes you to The Bulls Head at Craswall, a gloriously bizarre pub to sit and recover, and enjoy a light lunch.

Swimming in the Wye Only 15 mins drive from Midland Farm, this is a lovely spot for some gentle wild swimming to cool off near the grand old Bredwardine brick bridge, with a gravel river beach on one side.

Usually the Wye here in summer is slow and cooling. There is a deeper part nearer the bridge on the beach side of the river. You can often walk across the river to the other side on the gravel. But watch out if it has been raining, even in the summer months.

You can also swim upriver from the beach to the wide concrete shelf at the foot of the central bridge support and dive back in. Park just east of the bridge opposite Brobury House Gardens and walk over the bridge. At 886 metres (2,907 ft) above sea-level it wouldn’t be out of place in Snowdonia and despite the relatively gentle angle of ascent and descent it’s a proper mountain day.  In winter, in particular, it makes a fine escape to true wild country.

From the summit on a clear day the Bristol Channel, Carmarthen Bay, Swansea Bay, the Gower Peninsula, Exmoor, the town of Brecon and much of Mid Wales and the South Wales Valleys can be seen. The start point is the Pont arDaf car park is on the left and about 500 meters after the Storey Arms Outdoor Education Centre, post code is LD3 8NL on the A470 from Brecon.

Take the footpath at the southern end of the car park, pass through the kissing gate and cross the wooden footbridge over the river. From here, follow the footpath uphill. Further afield, this is a spectacular walk visiting four beautiful waterfalls near Ystradfellte in the Brecon Beacons. It is one of the best waterfall walks in Britain with delightful woodland gorges, riverside trails along the Afon Mellte and a series of roaring waterfalls. 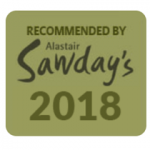